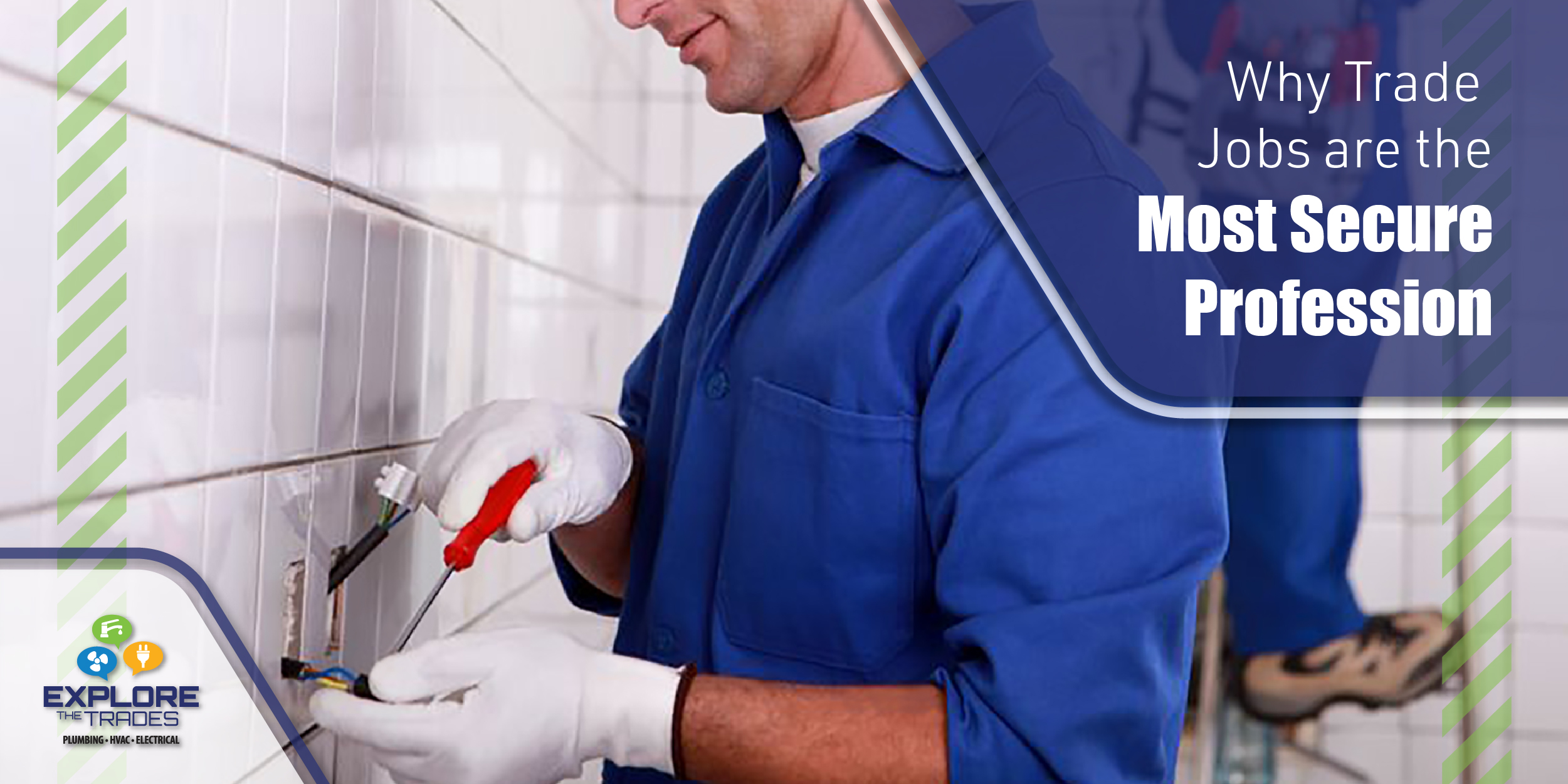 by bmedia | August 19, 2021 | Benefits of Choosing a Career in the Trades Recruiting | 0 Comments

There is a modern misconception that the “ideal” career path is one that involves an expensive education, a strenuous corporate climb, and thousands of hours in an office with a boardroom as the ultimate destination.

In reality, careers like this can entail tens of thousands of dollars in debt, lack of fulfillment, and burnout.

The trades offer a high-demand, sustainable, and fulfilling line of work that has stood the test of time. The only stigmas attached to working in the trades should be that of hard work, problem-solving ability, and strong decision-making. Here’s why we should bring back blue-collar pride.

Professionals who choose careers in the trades consistently earn higher than average wages across the board. According to ZipRecruiter, salaries for trades workers land above the national average, with some states commanding markedly more. These figures also include trades workers who are just starting their careers – to conceptualize that, for four years while university students are paying up to $60,000 per year to obtain their education, trades professionals are actually earning better-than-average pay. That sounds like something to be proud of.

Jobs in the Trades Are in High Demand and Withstand Recessions

As technology continually evolves, industries come and go, and workers in those industries are periodically laid off. The trades, however, offer consistent and durable demand and growth. As buildings get “smarter” and more complex over time, the need for skilled technicians to fix issues that arise and service the systems actually increases substantially. To be sure, especially in the aftermath of the pandemic, the trades market is absolutely booming.

Trades Professionals Have Less (or No) Debt

To elaborate on the four-year university comparison, the actual figures are quite staggering. The average student in the college class of 2019 graduated with nearly $30,000 in student loan debt. Millions graduated with much more. At any one time, there are roughly 20 million college students in the U.S. alone, and the vast majority of them will enter the workforce at a financial deficit. They will then spend a large portion of their career paying back what they owe instead of building wealth.

In contrast, many trades workers never experience a period of debt in their lives. Entry-level apprenticeships are generally paid, and minimal education is required to begin one. As their careers progress, trades workers demand higher wages in exchange for their added years of experience, building a strong financial foundation for their families.

Most importantly, trades workers should be proud of the work they do. Having the privilege to work with your hands, solve complex problems without a suit looking over your shoulder, and make a real difference to real people cannot be overstated. After all, when you fix someone’s electrical, plumbing, or HVAC system, you have just made their home livable again. The skills learned as a trades professional are valuable and meaningful – and that should be celebrated.

Build a Future You Are Proud of with Explore the Trades

Trades workers experience a fulfilling and stable career that affords them the ability to solve problems, help people, and provide handsomely for their families. If you are considering beginning a career in the trades, or if you are looking for professional resources to surge your trades career forward, turn to Explore The Trades. Our experienced professionals can offer guidance, advice, tools, and connections to help get you where you want to go in your career. Start crafting the career you deserve by connecting with us today: https://explorethetrades.org/.

National Signing Day for The Trades
View All Blogs
Would You Relocate for a Job?