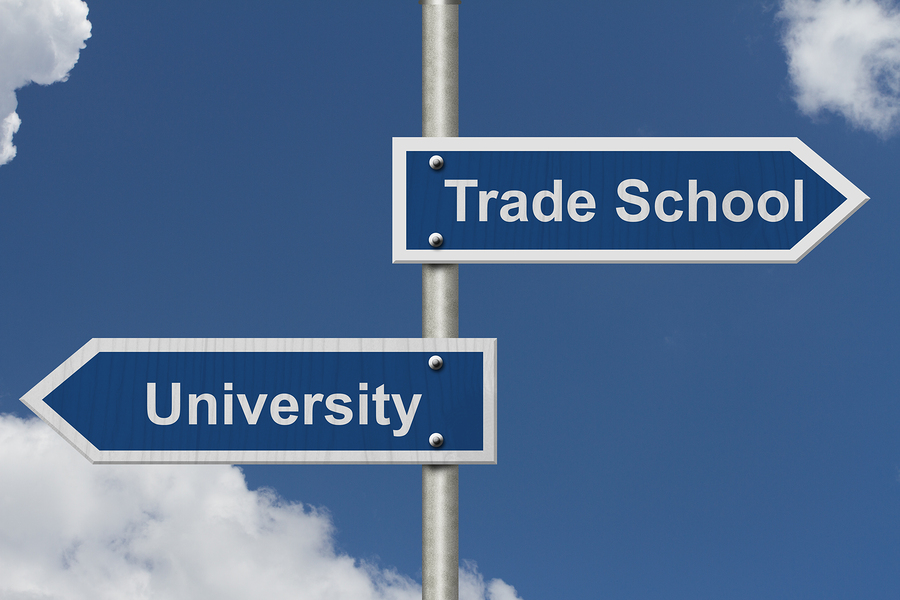 College vs A Trade: You Can Do Both

Many people in the trades express admiration for the trade apprenticeship programs in Germany and some other European countries. As this article points out, whereas in Germany some 60% of young people train as apprentices in various skilled trades, the comparable number in America is only 5%. That’s a stark difference, yet upon closer examination I’m not sure the German system would be all that well received in the U.S.

German youths get tested and evaluated for skills at an early age, sometimes as young as 10. Those with superior academic performance get assigned to college preparatory high schools and classes while those lacking in academic ability or interest get assigned to a trade apprenticeship that typically combines classroom study with hands-on work. Although it is possible for Germans to reverse course later in life, it’s not as easy as here in the U.S.

A problem I have with the German system is that it pigeonholes people too early. Some students are late bloomers academically, while others who show academic talent may also be mechanically inclined and prefer to work with tools. How many teenagers really know what they want to do with their lives? How many change their mind a few years after high school or even college graduation?

Here in the U.S., it’s not unusual to find trade workers who are college dropouts or even graduates. Many have decided that the college payoff isn’t worthwhile either economically or in job satisfaction. An old saying goes, “If you enjoy what you do for a living, you’ll never work a day in your life.” If you’re bored with academics and prefer to spend your days working with tools, a trade career beckons.

The reverse also holds true. It may well be that you decide upon trade work while you’re young, but as the years go by you get bit by the learning bug or see better opportunities in the white-collar world. If that happens, nothing prevents you from going back to college.

If that happens, you will enter college with greater maturity and, probably, more financial resources thanks to good pay from your trade work. You might even do both simultaneously, working a trade job by day while taking community college courses at night.

Tuition at community colleges tends to be a small fraction of what you would pay at a big university, and the quality of instruction is often just as good. That’s because community colleges usually focus on basic college subjects like literature, writing, math, foreign languages, accounting, etc. Universities require students to take a selection of these basic courses as a graduation requirement prior to advanced classes in one’s major field of study. A couple of years of night school could enable you to satisfy the basic requirements at little cost compared to sending the same amount of time at an expensive university.

America is renowned as the land of opportunity. We are blessed to live in a country where we are free to be who we want to be. Take full advantage.