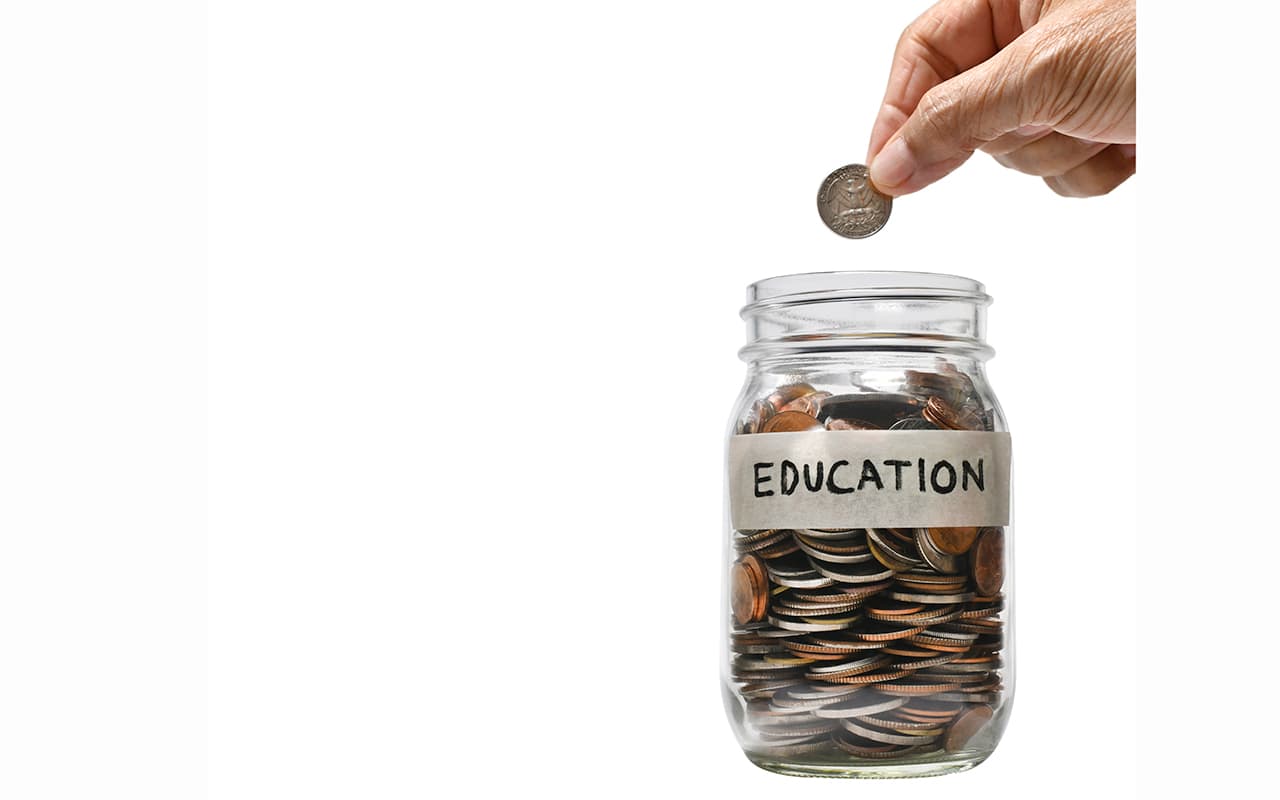 According to The Motley Fool website, recent college graduates began their careers over $37,000 in debt because of education expenses. If you’re just starting high school, you’re only four years away from moving on to higher education. If that’s going to be a traditional four-year degree, the latest figures from the U.S. Department of Education says you should be prepared to pay over $93,000 for it.

Are you ready? On average,college costs have been increasing at about 5% yearly, putting the annual cost of tuition and fees for the 2016/2017 school year at an average $9,650 for a public in-state college to a staggering $33,480 for a private college. And, those figures don’t include room and board – so if you’re not planning to live at home while attending college, you’ll have to add $10,000 or more each year to the cost.

If You Can Save, What’s the Best Approach?

Most financial experts agree that if you and your family are saving for higher education, the best choice is what’s known as the 529 plan. According to the U.S. Securities and Exchange Commission’s official website, the 529 plan is a “tax-advantaged savings plan designed to encourage saving for future education costs.” 529 plans, legally known as “qualified tuition plans,” are sponsored by states, state agencies, or educational institutions and are authorized by Section 529 of the Internal Revenue Code.

According to the SavingForCollege.com, a 529 plan can be used to fund four-year public and private colleges, community college, trade schools and even some international schools. The easiest way to know for sure – if you’ve already decided on where you’ll get your higher education – is to use this lookup tool.

One of the reasons for the 529 plan’s popularity is that the money placed in the account grows on a tax-free basis, and as long as the money withdrawn pays for qualified education expenses, all investment gains are kept and not taxed.

This is a different approach than most traditional investment brokerage accounts, where the IRS expects to be paid taxes on earnings each year. The only difference is that you could use it for anything – not just qualified education expenses.

Assuming that your 529 plan earns a 6% average annual return, putting $300 a month into the account starting the year before your freshman year of high school could potentially yield $20,300 by the time you graduate.

That amount would cover about 70% of a two-year public trade school and position you for a lifetime career in the trades as a plumber, electrician, or an HVAC technician. Or, it would potentially cover only about 21% of a four-year public college education.

According to The Motley Fool, your parents would have had to start putting away $300 a month as soon as you were born to have an education fund of about $111,000 to pay for the public college degree.

Learn more about the advantages of pursuing a career in the trades.