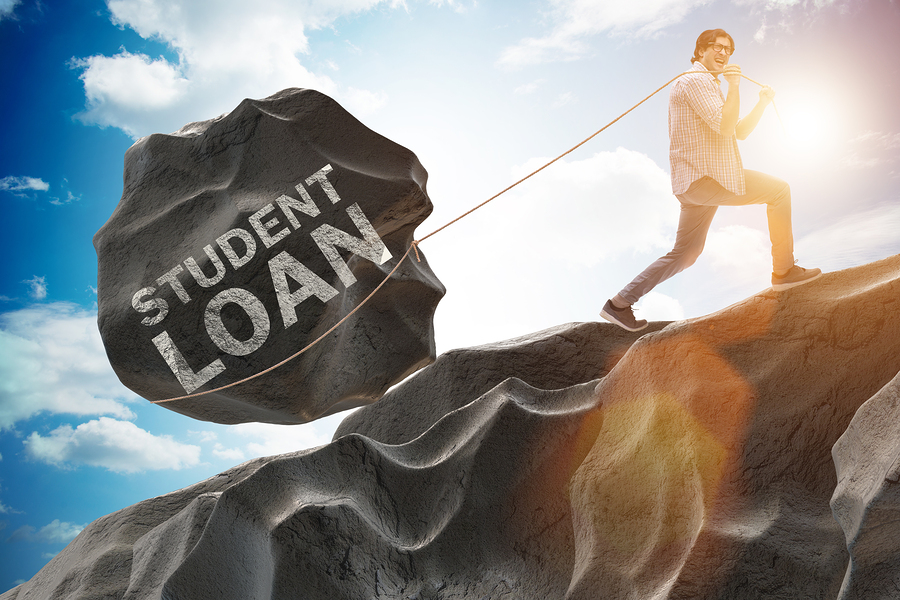 It’s been widely reported that federal student loan debt now totals a staggering $1.5 trillion, give or take a few billion. It’s hard to wrap your head around numbers that large, but within that big amount lay some disturbing trends that spell bad news for the U.S. economy as a whole, and especially for the people who owe the money.

The largest percentage increase in student loan debt has come from people aged 60-69. You wouldn’t expect that because people in that age group are for the most part well beyond school age. The explanation, as I pointed out in this blog a couple of months ago, is that group reflects seniors who have co-signed for student loans for their children or grandchildren. Many of them are having a tough time in what should be their retirement years, especially they are having their social security checks partially garnished, as the law provides.

However, on a straightforward dollar basis, the highest increase in student loan debt is among the 30-39 age group, according to an article in Forbes magazine. What’s significant about this is that the 30s traditionally have been the years when people define themselves and make headway in their careers. They work hard, watch their incomes rise, buy homes and raise families. That’s not in the cards for most of them anymore when burdened by so much debt.

In fact, many of them have given up on paying back the loans they took out to go to college. Forbes reported that more than half of federal student loans are not being paid back the way they should. About 10% of the money owed is 30 days or more past due. Another 20% is being deferred, which means the borrowers have been granted permission to delay payments, which amounts to kicking the can down the road. That is, they are still obligated to pay up, but when they’re older. According to Forbes, another 30% of the debt is in income-based repayment plans that allow borrowers to cap loan payments based on income. But that, too, merely kicks the can down the road, since they are still obligated to pay back the loans within 20 years. As D(due)-Day approaches, the financial pressures can reach the breaking point.

Worst of all, about 22% of borrowers are in default on their student loans, meaning they haven’t made payments in more than a year. One report projects that 40% of them will be in default by 2023, just a few years from now. Defaulting on a loan brings serious consequences. Your credit rating gets destroyed, which make it unlikely to get a mortgage loan to buy a home, and even car loans may be difficult to obtain.

Bleak as this scenario may seem, it’s even worse for certain people who go to college. I’ll tell about them in my next blog.

Why Does College Cost So Much?
View All Blogs
The Biggest Losers