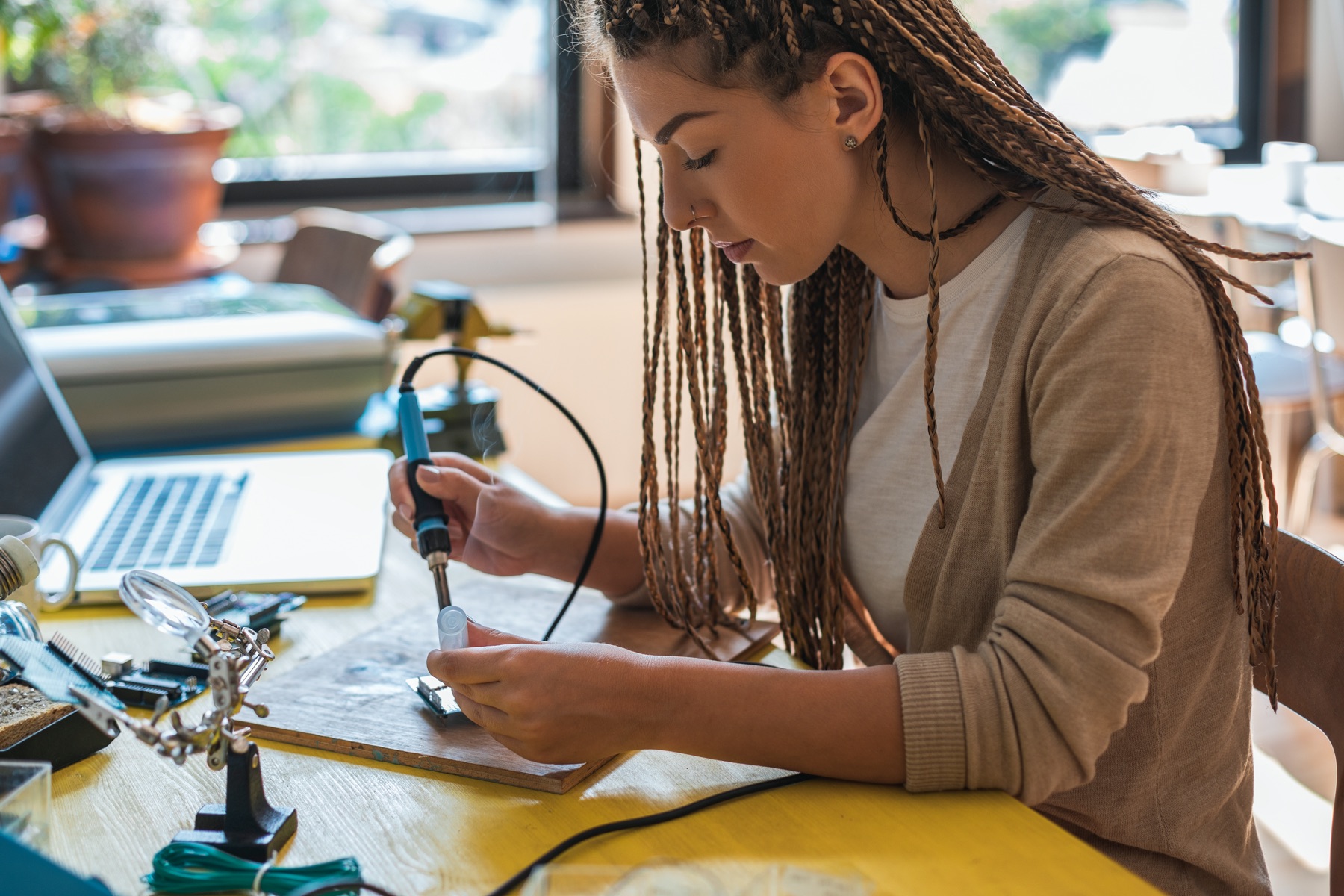 Trades School Versus Four-Year College, Which Is Right For Me?

Deciding on a career path is a big step in life, and affects what you will be doing for the foreseeable future. When looking at different options to pursue after high school, or even after taking a break from education, it’s important to think about what is best for your life, and what you would be most happy doing.

Many people choose four-year programs for their versatility, but they are a long process that often puts students into large amounts of debt. Explore The Trades takes a look at some alternative options to four-year college, and compares which choice could be best for you.

One of the main differences that is discussed between four-year colleges and vocational and tech schools is the overall cost of achieving a degree or certification. On average in the United States, attending a four-year college in-state costs $28,820 according to college board.

This number increases if you go out of state, or are looking to go to a private college, and that is just for one year’s worth of expenses. While there are many options for scholarships available, four-year universities are still going to be a large chunk of money

On the other hand, where the total cost of a four-year degree can exceed $100,000, vocational schools on average only will cost $33,000 to achieve a certification. On Top of this, typically vocational and trades programs are only two years long, and have space for working while achieving them. This means that the path towards earning back that money is much shorter than that of those coming out of a four-year degree program.

Vocational programs can take as long as individuals need, but often are two years or less. There are some programs where individuals can be out in the community working while they learn in as short as a few months.

Don’t mistake this training for mastery, as it takes time to be a fully-realized trades worker that can expertly tackle problems on your own, but where some four-year degree earners don’t see a job in their profession for years, trades workers are developing skills they need almost immediately.

Conversely, four-year college can be three years if individuals take an accelerated course load, or stretch out to five or six years if they move through the coursework slowly. While there is nothing wrong with taking this time, often there isn’t time in between classes to work a job to earn back money, and often students aren’t qualified to work in the field they are studying until they graduate.

That being said, for specialized four-year degrees, and some more general degrees, it can be extremely difficult to find a job and enter the workforce, even with the additional schooling.

Trade jobs, on the other hand, often have jobs that are tied to the apprenticeships that help individuals move directly into the positions they trained as. Trades jobs and trades certifications also have much more breadth than they are often given in public discourse.

Becoming a plumber, electrician, or HVAC technician not only has incredible job security, but there are many different jobs within each of those disciplines, and the fields keep growing and innovating.

At Explore The Trades, we want anyone deciding on what career to pursue to have the resources and knowledge they need to make an educated decision. If the trades do sound like something that would interest you as an individual, we can help you learn more about career paths, salaries, and other specifics of each job. Find out more, and start researching what trade position is right for you, on our website https://explorethetrades.org/new-to-the-trades/.