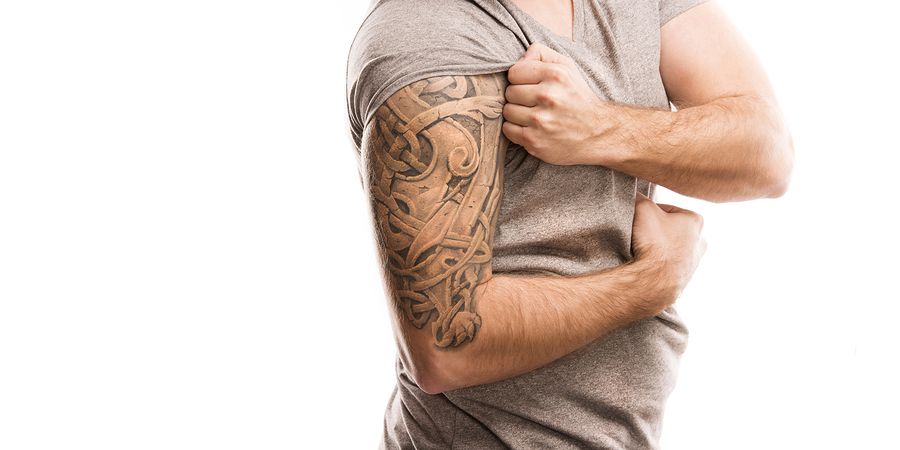 First, a full disclosure. I’m an old fogey who finds it hard to understand why so many of you younger folks are infatuated with tattoos and body piercings. According to a 2015 Harris Poll, about 47% of people aged 18 to 35 have at least one tattoo; 37% have at least two; and 15% have five or more. According to that same poll, only 13% of my baby boom generation is inked.

To me, tattoos and piercings make no sense. It’s painful to acquire them, and then you have no realistic way of getting them removed except through expensive and painful procedures.

On the other hand, I remember a time when my generation freaked out our parents, first with Elvis and then by growing long hair and beards that were alien to the culture of their era. Going back further in time, parents looked down on the music, dancing and fashions of the Roaring Twenties and thought it goofy to swoon over Frank Sinatra during the Swing era. I guess every generation likes to stick it to its elders.

Tattoos and piercings, some young people have explained to me, are considered body art. They are expressions of personality, values and generational solidarity. Today’s younger generations are willing to endure some pain in order to assert their presence in the world.

Okay, I get it. Tattoos tell me and my aging cohorts to bug off.

I will, but only after I finish my lecture.

Tattoos can be dangerous. While tattoo parlors must be licensed and pass safety inspections in most states, infections do occur, especially in unlicensed facilities. According to the Centers for Disease Control and Prevention, many tattoo inks are made from printing or artistic inks that were never intended to be injected into the human body. Tattoo culture is too new for long-term effects to be noticed.

However, I know it’s futile to try to scare anyone away from tattoos. An overwhelming majority of people who get tattooed suffer no complications.  So, the biggest caution I will venture is that they are permanent, or virtually so. When it came time for the young rebels of my generation to submit to job interviews and blend into society, it took only a few minutes to cut our hair and shave off our beards. Tattoos are pretty close to permanent.

There are surgical procedures for tattoo removal, but the process is painful and expensive. It usually involves multiple sessions of high-heat laser treatments blasting the pigments away, with costs ranging into thousands of dollars, even tens of thousands of dollars, depending on the area covered by the tattoos being removed. Then the artwork gets replaced by ugly scars.

Why would you want to have tattoos removed? Well, some tattoos express sentiments that you may regret later in life, such as obscenities or a love interest you thought would last forever but collapsed way short.

Another reason for getting rid of tattoos is that you will find yourself disqualified from some jobs, although that is becoming less of a factor in an economy with widespread labor shortages and growing public acceptance of tattoos.

Not too long ago, tattoos were taboo in the residential service trades, because owners felt that many homeowners may feel uneasy around tattooed technicians. Nowadays, most service trade companies will hire someone with tattoos, but some will insist only if they are on the parts of the body that can be covered up by clothing. This means wearing long sleeves and pants while working even in stifling hot weather.

Other service trade employers have become more tolerant of tattoos and will hire someone even with visible body art as long as it is inoffensive and not, literally, “in your face” – i.e., not carved into your forehead or cheeks. Also, most employers will draw the line at political or sexual messages that are likely to antagonize some customers.

Another downside of tattoos is that bodies and skin take on different shapes as you grow older. The sharp image you are so proud to project on your young body is likely to turn into unrecognizable glop when your skin sags and weight goes up as you age.

I realize this ship has sailed for many of you. You already have tattoos. If you are interested in exploring the trades, don’t shy away. As noted, the tight labor market and the prevalence of body art has forced both employers and the general public to be more tolerant.

For those of you who have not yet undergone the needlework, I offer this final word from one who cringes while getting my annual flu shot. Ouch.

New Survey: College Students Say They’re Not So Sure the Experience Is Worth It
View All Blogs
Top Five College Majors