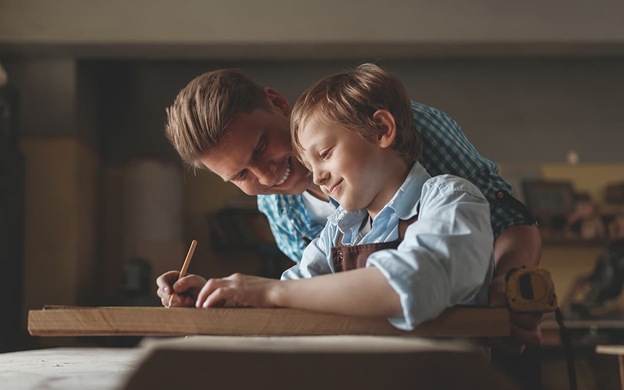 The Same Job as Your Mom or Dad: What are the Odds?

Does what your parents do for a living have an impact on the choice you’ll make for a career? In some cases, the question just doesn’t work. Your parents didn’t have the opportunity to become a social media influencer or a cybersecurity officer

When it comes to other types of jobs, though, it turns out that there’s a correlation between the job choices kids made and what their parents did for a living.

The information comes to us as a result of the General Social Survey (GSS), which for the past 40 years, has kept tabs on what’s going on in American society, measuring changes in our social characteristics and attitudes.

The survey concludes that kids are less likely to follow in their parents’ footsteps if they have office jobs. The likelihood increases, though, when it’s a trade.

Jobs in the trades figure into these statistics, as well.

And, maybe it’s all that brushing and flossing – but the sons and daughters of dentists are 13 times more likely to become one, too.

If you’re looking for patterns, one of the strongest to stand out is that most of these careers are not highly impacted by changes in the economy. The public needs the services of professionals ranging from plumbers to doctors no matter what’s happening with the stock market.

Exploring a career in the trades as a plumber, electrician, or HVAC technician is also the way to begin a satisfying lifelong career that offers great pay and job security. Learn more.