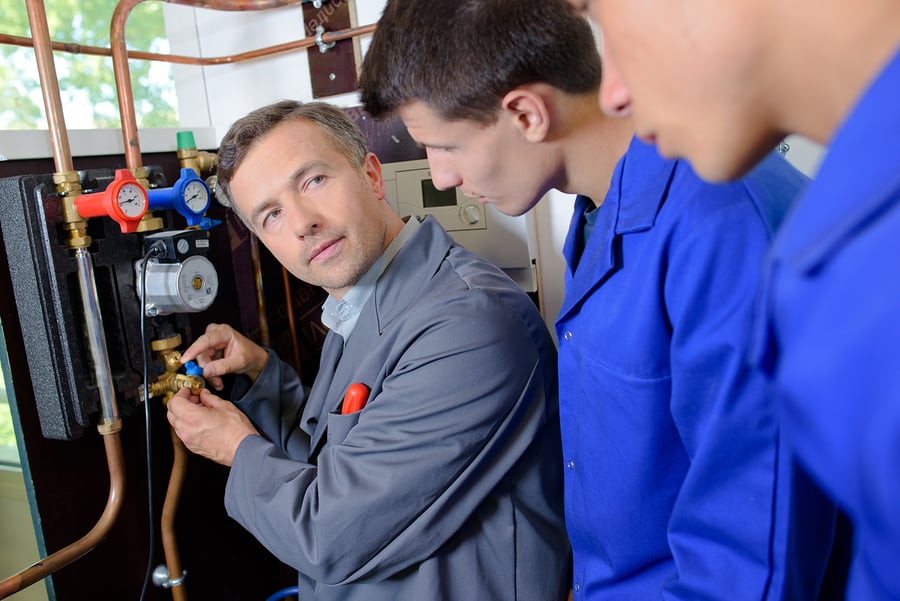 A nationwide shortage of trade workers had led many businesses and politicians to support more trade education and apprenticeship programs. I addressed this in a previous blog.

What is meant by apprenticeship? The term is loosely used to describe a variety of on-the-job training (OJT) programs, but true apprenticeship involves a more formal structure of OJT combined with classroom instruction. In the U.S., formal apprenticeship programs are regulated and certified by the federal Labor Department. Most of these programs are in the construction industry and jointly managed by construction unions and employers, labeled as Joint Apprenticeship Training (JAT).

For the most part these are excellent programs but they are unable to keep up with the demand for skilled trade workers. Partly this is because unions are not inclined to train more workers than are needed for union-run jobs. Otherwise they would be devoting resources to train a lot of trade workers who go to work for nonunion companies. Nowadays, most construction work in the U.S. is performed by nonunion companies and workers.

Big construction projects come and go, and this presents a large fluctuation in labor supply and demand. For instance, a company with a contract to install plumbing in a large commercial building might need 100 plumbers to do the work, but once the job is complete, unless that company has other large contracts ready to go, it will have to lay off many of those plumbers.

Union employers in the construction industry typically handle these fluctuations by drawing workers as needed from a union hiring hall. Union trade workers typically will be employed by multiple companies throughout their career, going back and forth as needed.

Nonunion companies do not share workers like this, so they must bear the expense of training people who may have to be laid off eventually. Some nonunion construction companies have banded together for joint apprenticeship training, but support for nonunion JATs is voluntary, whereas union programs involve mandatory contributions written into legally binding labor agreements. Not surprisingly, many nonunion employers hesitate to spend money to train a lot of people who may end up going to work for competitors.

This is one reason why formal apprenticeship is not as widespread in the U.S. as in Europe, which has a higher level of unionization. Nonetheless, the severe shortage of skilled trade workers nationwide is forcing businesses and government authorities to seek solutions.

Meantime, many small companies, especially in the service trade sector, have no choice but to operate their own in-house OJT programs. These may not qualify as full-fledged apprenticeship programs approved by the Labor Dept., but they create well-paying jobs and rewarding careers for many plumbers, electricians and HVAC technicians.

The pressure is on these companies to provide attractive pay, benefits and job security so they do not lose these skilled workers to competitors. The best ones do exactly that.

The Surprising Truth About College Completion Rates
View All Blogs
Going Up: The Increasing Cost of College Textbooks