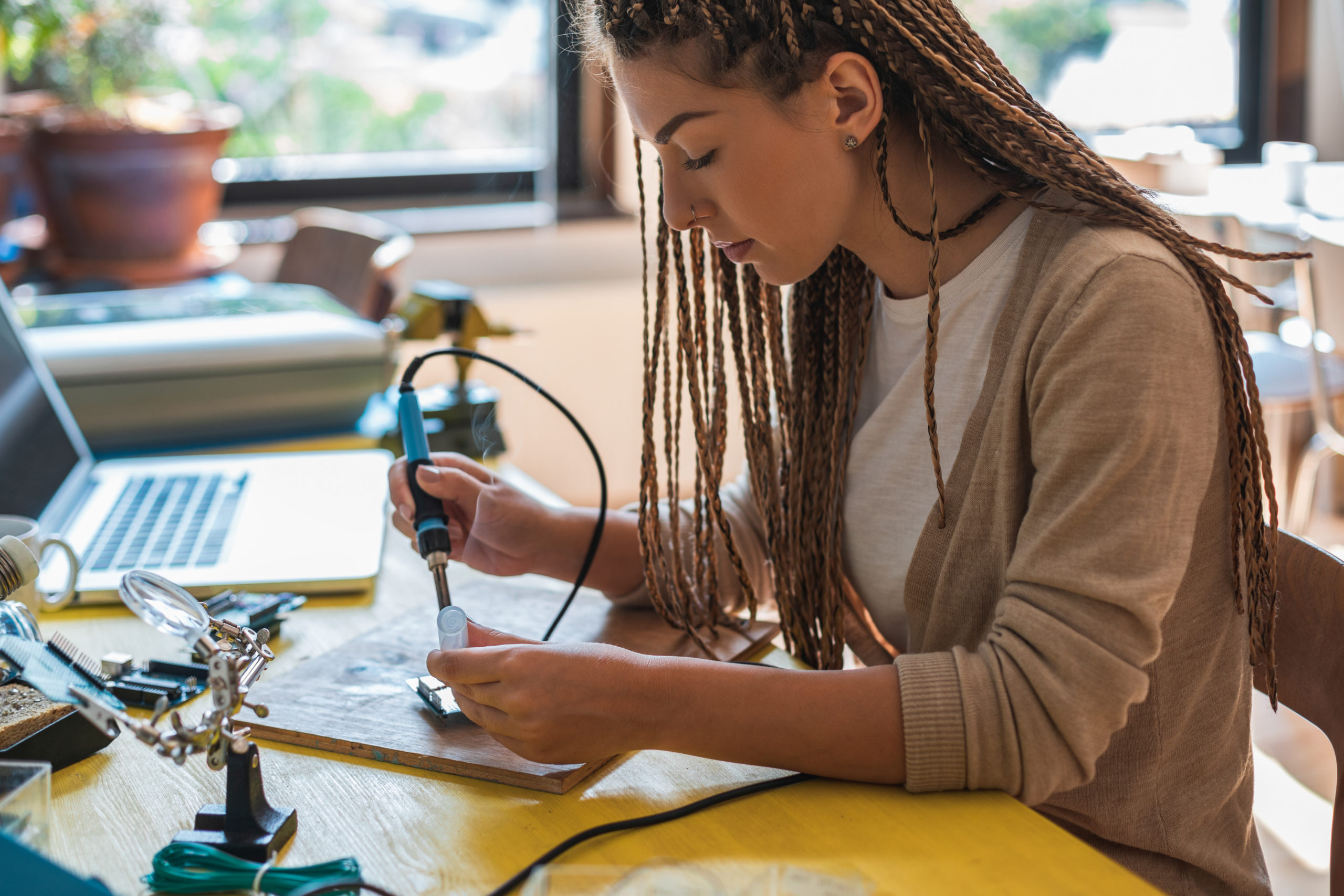 Myth #1 about the trades

They say the trades are only for those who aren’t “cut out” for college.

Let’s not mince words. A large segment of our society is biased against blue-collar workers. It wasn’t always that way in America. Our founding fathers included numerous artisans and craft workers. Paul Revere was a silversmith, Ben Franklin a man of many talents but one who earned his living primarily as a printer. I grew up as a child of the working class and remember that the most admired people in my neighborhood were skilled tradesmen. Plumbers, carpenters, electricians, etc., earned the most money and were looked up to by hard working but comparatively unskilled factory workers.

Back then, fewer than one out of 10 people had a college degree. Learning a skilled trade was an alternative path to a comfortable life, and craftsmen enjoyed lofty status. Nowadays more than a quarter of adult Americans have college degrees and around 60% have taken at least some college courses. A large bloc of those folks have been infected with an elitist mindset in which people who do “brain” work are seen as superior to those who get their hands dirty.

Among them are most high-school counselors. The men and women in charge of career counseling focus almost exclusively on channeling teenagers to college — at least those with good grades. Only students in the lower academic tier get advised to pursue a trade. The trades, in this world view, exist as a way for dummies to earn a decent living. Better to be a third-rate paper pusher than a first-rate plumber, goes their thinking.

Which goes to show that ignorance can grow like mold in ivory towers. Fallacy number one in this corrupted world view is that dummies can succeed in the trades. That’s only if you ignore all the arithmetic and laws of physics that need understanding before you tackle complicated plumbing, HVAC or electrical projects. “Measure twice, cut once” is an old carpenter’s adage that goes a long way towards eliminating costly mistakes. I wish people with PhDs would take it to heart before sounding off with so many ridiculous theories and pronouncements.

The flip side of this fallacy is that college graduates are inherently smarter than trade workers who haven’t spent time sitting in Nonsense 101 classes taught by professors who don’t have the slightest idea of how to prevent toilet water from backing up into their faucets. Curricula and grading have been so dumbed down that most college degrees of today signify less learning than a high school diploma of yesteryear.

As I pointed out in my last article, an astounding 43% of grades given out at four-year universities are A’s. Yet a federal study showed that only about a quarter of college graduates were deemed proficient in college-level reading comprehension. A departed grandfather of mine had only a third-grade education. Yet he read a newspaper every day and could discuss world affairs much more intelligently than 90% of today’s college graduates.

School counselors aren’t the only ones pressuring kids to go to college when their interests lay elsewhere. Eons ago I taught writing courses at the University of Illinois in Chicago on a graduate teaching assistantship. One student remains seared into memory after all these years. He was a bright young fellow who was attentive in class and trying hard, but his essays were terrible. He came to my office one day for a private tutoring session, though his mind seemed to wander when I tried to explain the finer points of English composition. Noticing his boredom, I asked him about his career goals. “I like to work on cars,” he replied. So why wasn’t he pursuing that, I asked. “My mother wants me to go to college,” he replied.

How many others like him are out there wasting time and money sitting in classes that don’t interest them instead of following their mechanical passions due to pressure from family and peers?

Enough ranting. The good news is there are abundant signs that things are turning around. The Great Recession of 2008 and beyond cost many college grads their white collar jobs, and most have been on a downwardly mobile tailspin ever since. They’ve discovered that their sheepskins are not as valuable as they reckoned and that hundreds of equally credentialed rivals compete for each opening.

Meantime, our homes and buildings still need their plumbing, electrical and HVAC systems to perform safely and reliably. Relatively few people know how to install, maintain and repair these systems, and those who do are in high demand. These are jobs that cannot be shipped overseas and they are hardly impacted at all by automation.

The media nowadays are filled with stories like this one about employers desperate to hire skilled trade workers. People I know in charge of trade apprenticeship programs tell me that the average age of apprentices is now in the high 20s as opposed to high teens, as was the case decades ago. Many of today’s apprentices are disillusioned college graduates.

Best of all, trade apprentices get paid a living wage while they learn the ropes. Contrast that with the fact that most college graduates come out of school owing tens of thousands – sometimes hundreds of thousands – of dollars, with few able to earn incomes that will make that debt affordable. Being declared “not cut out for college” may turn out be a lucky break for many young people!

In weeks to come I will tackle several other myths about the skilled trades. Stay tuned.