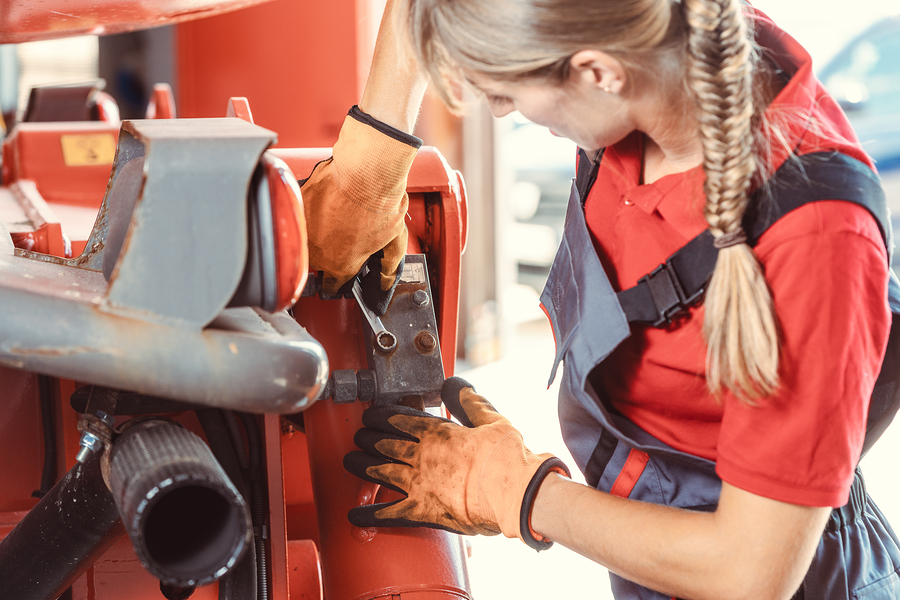 The headline reflects a goal that has served as a rallying cry for feminists. Various studies show a large discrepancy in pay scales for women versus men for similar types of jobs, but I recently came across an article that opened my eyes. According to data from the U.S. Bureau of Labor Statistics, across the economy women earn on average 81% as much as men, but they earn 97% as much in the construction trades.

I was not aware there was so little disparity in trade work until reading that article, yet it does not surprise me. Trade occupations reward performance above everything else, and with skilled labor in short supply, employers cannot afford to discriminate. More than ever before, women are welcomed to the trades. Partly this is due to change in cultural attitudes. I’m old enough to remember a time when eyebrows would crash against the hairline upon seeing a women police officer, firefighter or airline pilot. Now, it’s commonplace. Same when you see them wearing a hard hat on a construction site or showing up at your door to fix a toilet or furnace.

A friend, now retired, who ran a plumbing company told me of a recent encounter with the daughter of a next-door neighbor who he saw changing the oil on her car. He asked what she did for a living and found out she was employed as a store clerk at one of the big auto parts retailers. Further questioning revealed that she made all of $15 an hour after two years on the job. My friend referred her to a colleague who ran a plumbing firm, which ended up hiring the young woman to learn that trade. She is earning about the same while in training, but when finished in less than a year her income will likely double or more.

Opportunities abound for women in the trades. The service trades in particular extend a warm welcome to women. Many residential service company owners have discovered that female technicians perform not only as good as but often better than their male counterparts. One reason is that they can relate better to stay-at-home women who usually are the contact person on service calls. It may also be that women simply try harder to be accepted into what’s still a male-dominated field.

Trade work also opens doors to other jobs in construction and construction services, such as estimating, purchasing, customer service, project management, business development and more. And, if you are a female ridden with the entrepreneurial bug, there are few obstacles to starting your own trade business.

So, if you’re a woman or know one who feels underpaid and under-appreciated, it’s time to explore the trades.