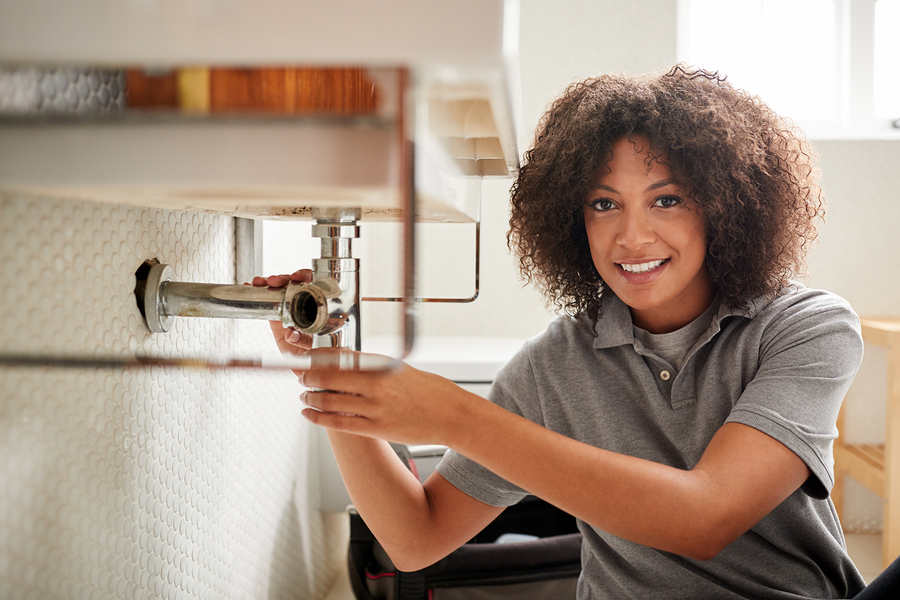 Women Are Welcome In The Trades

According to The National Association of Women in Construction (NAWC), women make up 9.1% of the construction workforce. When I first read that statistic, I thought it represented a big jump from previous data I had seen years ago. Upon closer reading, it’s not as encouraging.

NAWC’s membership includes women in all facets of construction work. Its data shows that most women who work in the construction industry are either in sales and office roles (45%) or in professional management (31%), which encompasses traditional female jobs such as human resources. Most estimates peg women as comprising only 2% to 2.5% of all skilled trade workers. That’s probably doubled in recent decades, but from such a small base that progress can only be described as at a snail’s pace.

In the bad old days, women avoided the trades because they were not welcome, and because of social and cultural traditions that discouraged them from pursuing trade careers. Today’s reality is that most trade employers welcome women with open arms.

The old barriers have been undermined by affirmative action and equal opportunity laws that weigh heavily in favor of women who wish to enter the trades. Compared to the bad old days, relatively few contractors would turn their backs on qualified women. In fact, many trade apprenticeship programs devote a lot of effort to recruiting females, as well as minorities, if only to comply with affirmative action mandates. A rule dating back to the 1970s requires 6.9% of work hours to be set aside for women on contractors’ federal or federally assisted job sites. That 6.9% average remains the current goal, although records show it has never been met nationally.

Home service firms in particular are welcoming to women. I’ve known dozens of service companies that employed one or more female technicians. I’ve never heard any employers complain about their performance (probably because women need to be exceptional just to get a chance), and many told me their female techs were their best performers.

That’s because female service technicians hold significant advantages over males. When a service technician rings a doorbell a female will answer the vast majority of the time. It’s only natural for home-alone women to be a little wary when inviting a male stranger into the house.  A female technician puts them immediately at ease and is better able to establish rapport.

Unlike construction work, brute strength seldom comes into play on residential service calls. There the premium is on diagnostic skill and attention to detail, at which women tend to excel. They also benefit from the novelty factor. Customers don’t expect to be serviced by a woman and thus are more likely to discuss a positive experience with friends and neighbors.

NAWC and various other organizations exist to assist women in the trades and help them overcome any remaining barriers. Increasingly the biggest barrier is the reluctance of women themselves to walk through the doors that are much wider open to them than in a bygone era.