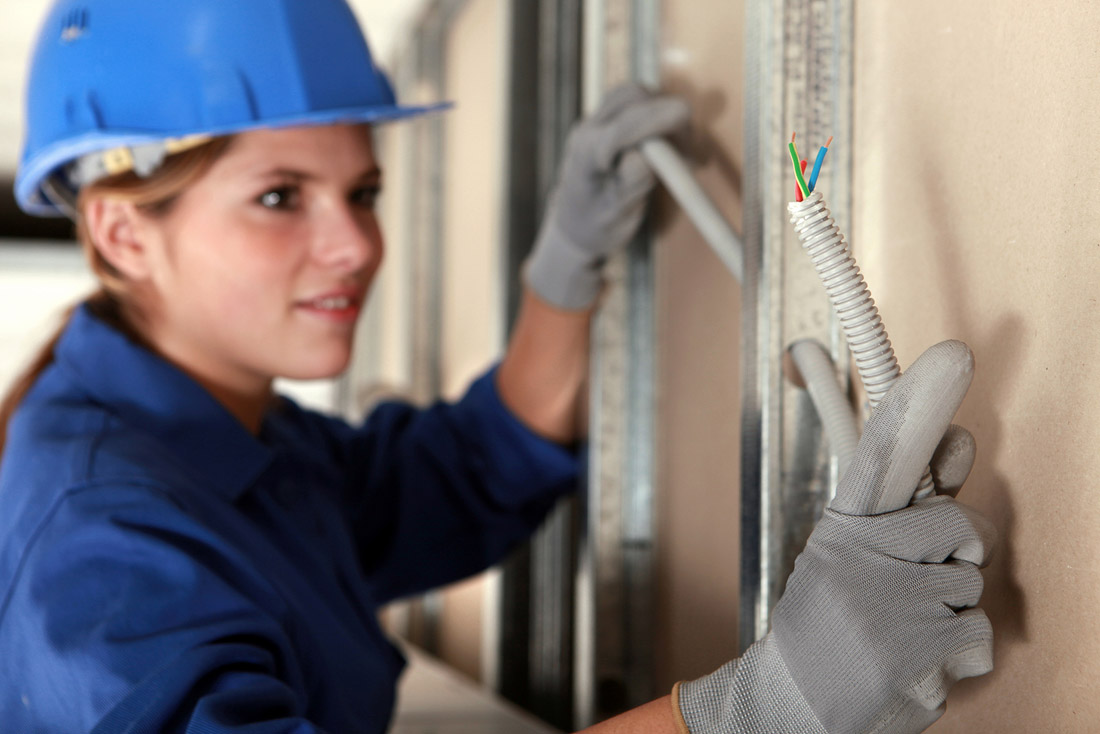 As I’ve written about numerous times, our nation suffers a severe shortage of skilled trade workers. The main reason has to do with social pressures and propaganda about the importance of college degree, a belief that this blog has also poked holes in.

Another big reason is the reluctance of women to enter the trades. This means about half of our population turns their back on a trade career.

Yeah, I know, by longstanding tradition the trades are considered “man’s work.” It’s hard to deny that historically women weren’t exactly welcomed by trade employers and apprenticeship programs. But that’s a bygone era. Today’s truth is that almost all skilled trade employers and trainers are trying to attract more women to the field.

Unfortunately, they’ve had limited success. Most estimates peg females as only about 2% to 2.5% of all skilled trade workers. That’s probably doubled since the feminist awakening in the 1960s, but progress has been at a snail’s pace and the trades remain only slightly less male dominated.

Except let’s distinguish between the status quo and opportunity. Women are under-represented in the trades because of social and cultural traditions that discourage women from pursuing trade careers. But those who choose to ignore tradition will find numerous opportunities available to them.

Oh, but what about all those Neanderthal tradesmen who feel that women are out of place doing this type of work? The Neanderthals are rapidly fading from the trade world, just as the Paleolithic version vanished soon after we more advanced Cro-Magnon people came on the scene. To the extent that a few still remain, their influence has been undermined by affirmative action and equal opportunity laws that give a big boost to women who wish to enter the trades.

As for sexual harassment, you’re more likely to encounter it in a Hollywood studio or business office than a construction workplace. Every business is under pressure to eliminate sexual harassment and management that tolerates it. Women will find a lot fewer groping paws among trade workers than they would in the white-collar world where so much work takes place behind closed office doors.

Home service firms are especially welcoming to women. I’ve known dozens of service companies that employed one or more female technicians. I’ve never heard any employers complain about their performance (probably because it takes an exceptionally confident woman to join the trades). Many have told me their female techs were their best performers.

That’s because when it comes to home service, female technicians hold significant advantages over males. When a service technician rings a doorbell a female will answer the vast majority of the time. It’s only natural for home-alone women to be a little wary when inviting a male stranger into the house.  A female technician puts them immediately at ease and is better able to establish rapport.

Brute strength seldom comes into play on residential service calls. There the premium is on diagnostic skill and attention to detail, at which women tend to excel. They also benefit from the novelty factor. Customers don’t expect to see a woman arrive when they call a plumber, electrician or HVAC technician and thus are more likely to discuss the memorable experience with friends and neighbors.

I was going to suggest some websites to assist any women who are interested in a trade career. However, my Google search of “women in skilled trades” turned up so many useful sites, I would simply encourage you to do your own web search and look into those that seem most intriguing.

Increasingly the biggest barrier to women in the trades is the reluctance of women themselves to walk through the doors that are much wider open to them than in a bygone era.

“I Want To Be, Well…I’m Not Sure What I Want To Do For A Living” – Tips On Career Decisions
View All Blogs
The Benefits of Lifelong Learning