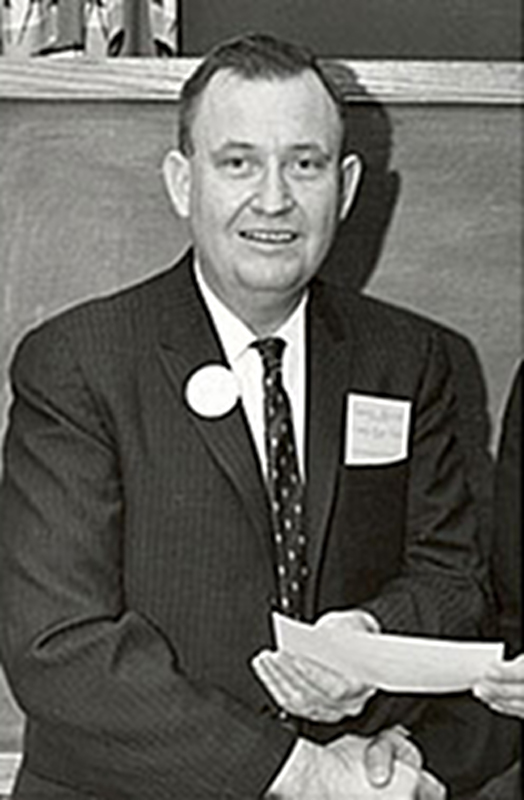 The name Charlie Horton means nothing to most of you reading this. But he meant a lot to me, and he was a great friend of the trades, so I’d like to take this opportunity to introduce him to you.

Charlie was the founder of industry-leading trade magazines Supply House Times and Plumbing & Mechanical (PM). He was a magnificent writer and a mentor who kick-started my industry career by hiring me as an associate editor of Supply House Times in 1977. Later I would be privileged to serve as the top editor of both publications.

Being chewed out by Charlie was a rite of passage for all of his employees, and it didn’t take long for me to gain the experience. He read one of my early articles and got peeved at seeing too many fancy words that served no purpose other than to show off my vocabulary. So, he called me into his office and told me something that has been imbedded in my brain ever since: “Remember this — you are not part of the publishing industry, you’re part of the plumbing industry. Don’t write over your readers’
heads.”

I’ve tried to suppress my high-fallutin’ instincts ever since.

Although highly educated, Charlie came from humble roots and had enormous respect for trade workers. He owned a small office building from which we composed our magazines for plumbing and HVAC audiences, and he would always make it a point to chat – sometimes for an hour or more – with the plumbers, electricians and HVAC technicians who would periodically visit for maintenance and repairs.

His respect and affection for the trades came through loud and clear in hundreds of articles and editorials he wrote over the years. Here I will share one of them with you, published in the July 1976 edition of Supply House Times, a year in which our nation celebrated its 200th birthday. What follows are the words of Charlie Horton, dating back 44 years but as relevant today as then.

“200 Bicentennial Cheers For Our Industry”

“In this 200th year of our country, it is permissible to feel a soaring pride in our magnificent achievements as a people, including our progress in the material sphere.

“‘Materialism’ is supposed to be bad. Critics of our country eternally cite it as a defect in our national character and values. But is it bad? Is it a defect? What’s wrong with striving for things that make for a higher standard of living and a better quality of life?

“Nothing is more symbolic of American materialism than the products of our industry, yet no other American achievement — in any sphere of human endeavor — has done so much to improve the well-being and quality of life for everybody.

“No industry has more reason for pride in its history, accomplishments and contributions than we. It was we who banished the diseases spread by unsanitary environment and impure water: typhoid, dysentery, cholera, those ancient scourges of man that claimed tens of thousands of innocent lives every year. We conquered them. We were the first, and are still the most, in pollution control. It was we who abolished filth and its associated plagues from man’s life.

“It was we who gave man control of his indoor climate, through central heating and air conditioning, and thereby improved his health, comfort and efficiency. People function better, sleep sounder and work more productively because of us. Allergies and asthma are less debilitating because of us. Infants are spared the torture of heat rash because of us. Furniture and draperies stay cleaner because of us. Even the flowers in the vase stay pretty longer because of us.

“It was we who lifted heavy toil from the back of the American housewife. The drudgery of drawing, carrying and heating water, or scrubbing clothes and washing dishes, of handling garbage and human waste — all banished from her life by our industry.

“It was we who provided the pipe, valves and fittings that are the veins and arteries of an industrial civilization, essential to its production processes: mining, manufacturing, public utilities, agriculture, food processing, the production and distribution of energy. To all the wealth-creating endeavors of man, we are essential.

“The blessings our industry brings to the American people are constant and universal; enriching life for all regions, all races and social classes, all ages, all members of the family; and in all the hours, of all the days, of all the seasons.

“This enrichment is not purely functional. It is aesthetic as well. Our products have beauty, elegance and taste. The bathrooms and kitchens we provide are a feast to the eye, as beautiful as any room in the house.

“It is particularly to the credit of our industry that its thrust has always been toward the mass market. It has always strived to bring its blessings to everyone, and has continually lowered its prices in relationship to consumer income. It has a positive genius for developing so-called ‘competitive’ products that, without sacrifice of durability or functional efficiency, are comfortably within the reach of the average family.

“The beneficial impact of our industry is not just on individuals, but on society as a whole. Modern urban life would be impossible without plumbing. The tremendous industrial and population growth of the Sunbelt states could not have happened without air conditioning. Nor could the northern tier of states had their full development without central heating.

“Who then would ask a more worthy destiny than to be a member of our fraternal industry? How could you better serve your fellow American than by bringing to him its constant, universal blessings? So, on this Bicentennial occasion, let’s hear it 200 times – and loud! – for plumbing, heating, piping and air conditioning, and for the industry that made its miracles happen!”

Charlie Horton was my mentor and he did more than anyone else to instill in me a profound appreciation for the skilled trades. Pay no attention to those who say you must go to college to get ahead in life. Hold your head up high while you explore the trades.

A Pause That Refreshes
View All Blogs
Numbers Tell A Story