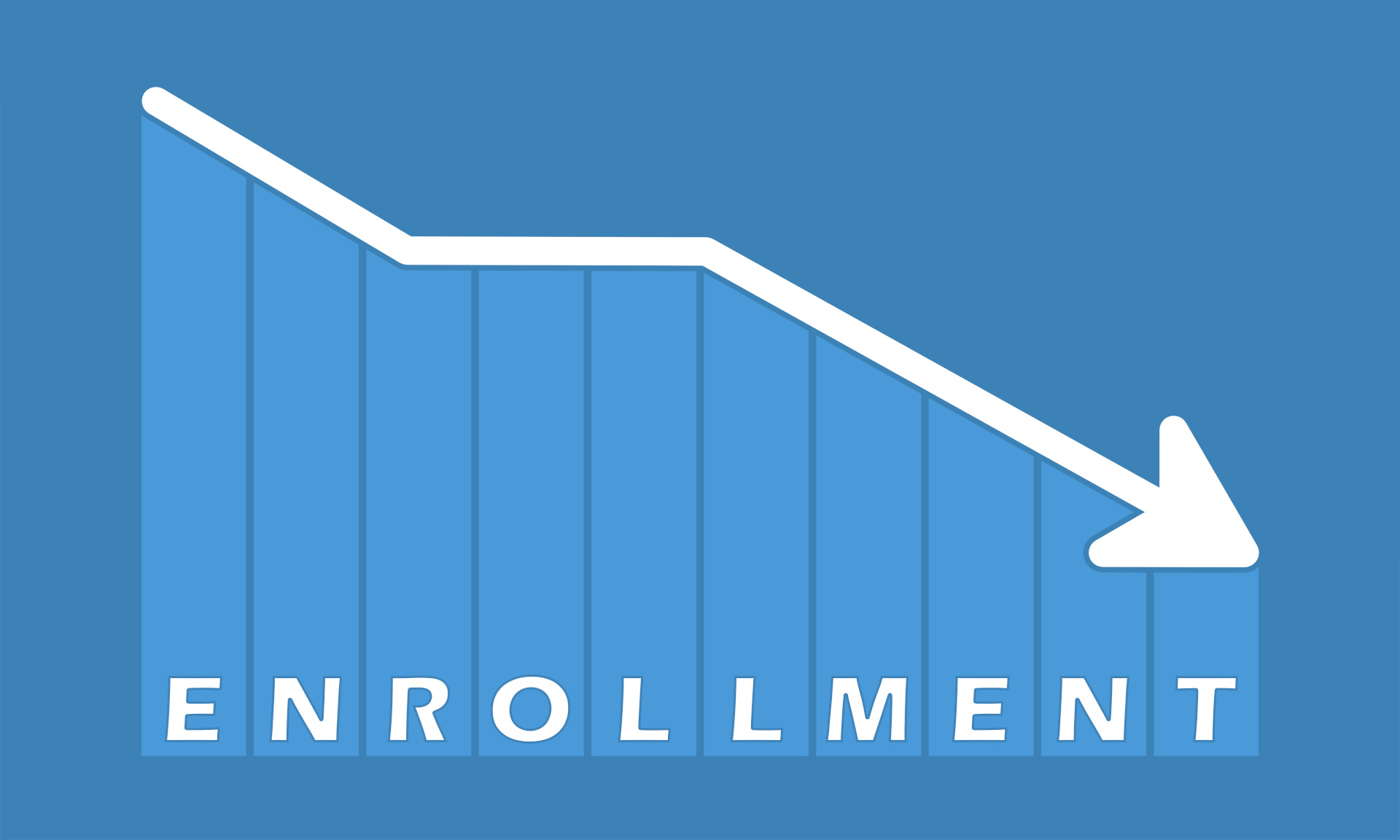 by Jim Olsztynski | November 19, 2021 | Benefits of Choosing a Career in the Trades Blog | 0 Comments

The number of high school graduates that enroll in college continues to drop. Data from the National Student Clearinghouse Research Center shows that in 2021 around 17.5 million students were enrolled in two- or four-year colleges and universities, a 3.2% decline from 2020 and the largest two-year decline on record.

Although much of the dramatic drop was blamed on Covid, enrollment in 2021 was 16.7% below the peak enrollment year of 2011, despite a growing population. The longer-term trend reflects a growing realization that college education has a diminishing return on investment as costs continue to skyrocket while the quality of instruction goes down, especially in liberal arts programs. A Wall Street Journal reporter recently calculated return on investment for some 30,000 bachelor’s degree programs and found that 28% did not have a net positive effect – meaning median lifetime earnings for those degrees did not end up covering the amount spent on tuition and other college costs, plus missed wages while in school.

Of course, some fields of study do pay off handsomely. These include engineering, computer science and nursing, all of which return lifetime incomes surpassing what was spent in pursuit of those degrees.  It’s a completely different story for students that pursue subjects such as art, music, philosophy and other so-called liberal arts.

Another analysis shows the percentage of high school graduates enrolled in college dropped from a peak of 70.08% in 2010 to 66.16% last year. The fact that two out of three youngsters still feel compelled to attend college goes a long way toward explaining the diminishing returns. Simply stated, supply is outpacing demand. Many jobs available today do not really require a college education. Yet, college graduates work them because there are not enough jobs available to utilize their educational background. At the same time, many fields that never used to require a college degree now find employers requiring them simply because so many graduates are available. Of course, that surplus has the effect of lowering wages.

The quality of education in so many programs has diminished to the point that a college degree leaves many people no more educated than high school graduates of years ago when reading and math skills were much higher throughout the population. Too many college courses nowadays emphasize political indoctrination over critical thinking.

Whereas supply outpaces demand for college graduates, the opposite holds true for the skilled trades, for which wages continue to go up due to short supply.