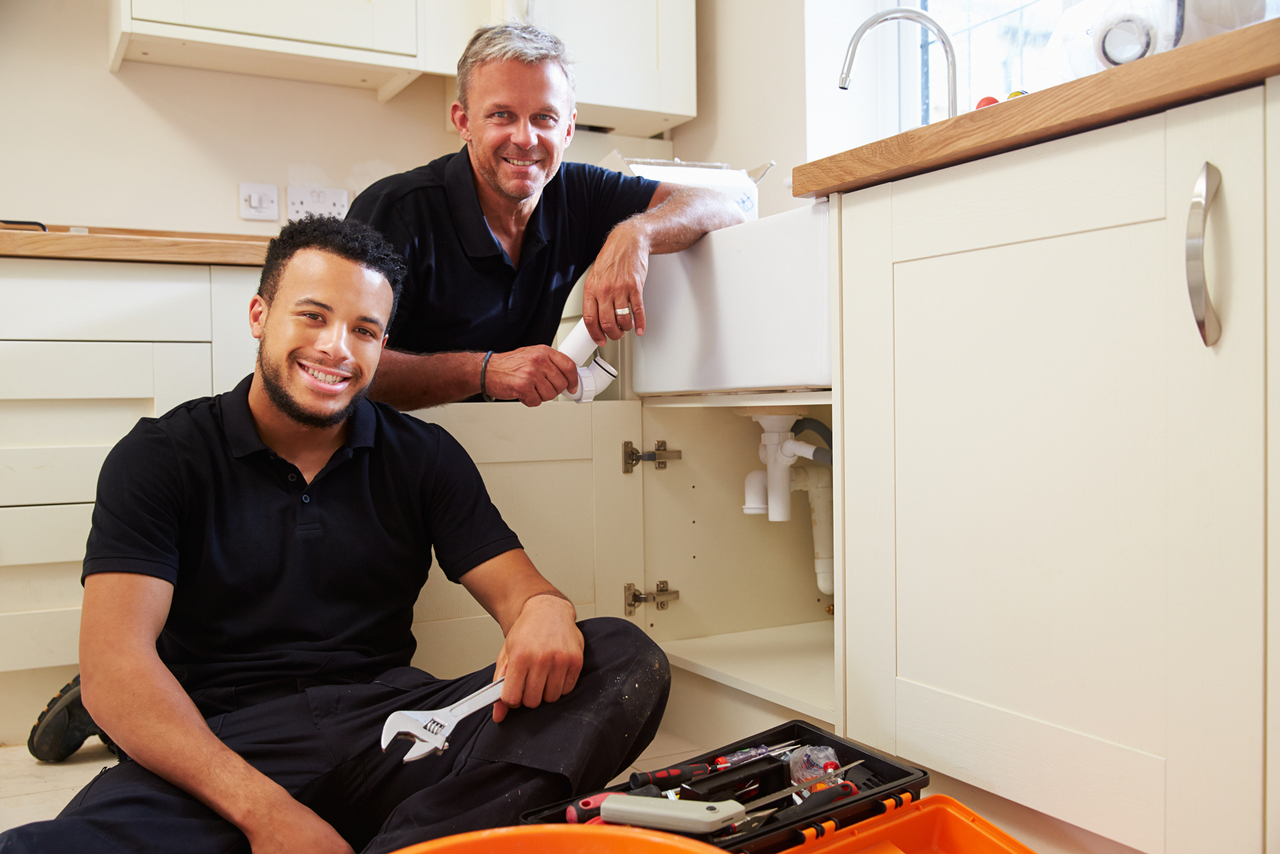 What’s It Take To Be A Plumber?

Plumbers protect the health of our nation.

The plumbing trade is worth exploring by anyone interested in a job that will never become obsolete or be outsourced to another country. A favorite slogan of the plumbing trade is: “Plumbers protect the health of our nation.” In a very real sense that is true.

Plumbers specialize in the installation, maintenance and repair of piping, fixtures and appliances that convey fresh water to a building and remove its wastewater into a sewer system. They may also handle gas lines for heating and cooking. In a building under construction, a plumber determines how pipes should be laid so that water will flow freely and will install those pipes. Then the plumbing professional will connect the piping to fixtures like toilets, sinks, showers, water heaters and washing machines. Plumbers also work on boilers, which provide heat to buildings in many northern parts of the U.S.

Plumbers who specialize in service work repair or replace whatever pipes, fixtures or other components are causing a problem in a building’s plumbing system. Most of you have encountered a plumber at some point in your life when one came to solve a problem in the home or apartment where you lived. Sometimes their work is fairly simple, like unclogging a toilet or fixing a leaky faucet. Their work can also get quite complicated, like replacing a water heater or boiler, repairing a damaged drain line or even re-piping an entire home when old pipes get too corroded inside and water flow gets reduced to a trickle.

Training for a plumber involves both hands-on and classroom work. You have to understand math well enough to deal with basic principles of hydraulics, which is the science of how liquids behave under different conditions. Of particular importance is guarding against wastewater backing up into a fresh water supply, known as backflow.

Plumbers must be trained to work with a variety of plumbing tools and materials. In new construction, plumbers will need to follow blueprints and design piping systems. A plumber will also need to know how to perform basic carpentry in order to access pipes inside walls. They also will learn how to solder, braze and use other techniques to join pipes together.

Pipefitting and steamfitting are offshoots from the plumbing profession. Pipefitters work mainly in large commercial and industrial projects installing and maintaining piping systems that convey not only water but also industrial gases and liquids. These systems often involve corrosive substances and high pressures and temperatures.

Steamfitter is a term used in some parts of the country to describe a pipefitter who installs heating and cooling systems in commercial and industrial projects. Steamfitters work on systems that involve steam and other gases.

There are various routes to the plumbing trade. You can train to become a plumber through trade schools, community colleges, union or nonunion apprenticeship programs, or with an individual company that trains its own plumbers. Plumbing training programs usually require you to have a high school diploma or GED to enroll. Apprenticeships provide you with on-the-job training along with classroom instruction that builds your knowledge of different types of piping systems, tool usage, mathematics, blueprint reading, plumbing codes and water distribution.

After training, some states require plumbers to obtain licenses before they are permitted to work, and most states require licensing for any plumber to work independently operating his or her own business. Requirements vary but usually require passing an exam covering trade techniques and national or local codes.

According to the U.S. Bureau of Labor Statistics (BLS, www.bls.gov), there were about 340,370 jobs held by plumbers, pipefitters and steamfitters as of 2012. The projected job growth for this field was 21% from 2012-2022. The BLS reported the mean annual wage for plumbers in May 2012 was $52,950. Skilled plumbers are in short supply in most parts of the country, especially for the residential service sector of the industry.

You might be interested to know that the word “plumber” derives from the Latin plumbum, for “lead.” The Roman Empire was renowned for advanced plumbing with pipes and joints made from lead. Historically, plumbers were literally “lead workers,” although lead piping has since fallen out of favor due to health concerns.

Since these experts often delve into the depths of pipes to clear clogs or diagnose problems, the term “plumbing” is has become synonymous with deeply digging for information. Also, “plumb” as in “level” is also related to plumbum; workers used to dangle chunks of lead on string from frames and other structures to check to see if they were level.

In my next blog we’ll examine what it takes to become a heating and cooling professional.

How To Recognize A Good Apprenticeship Program
View All Blogs
What’s It Take To Be An HVAC Technician?