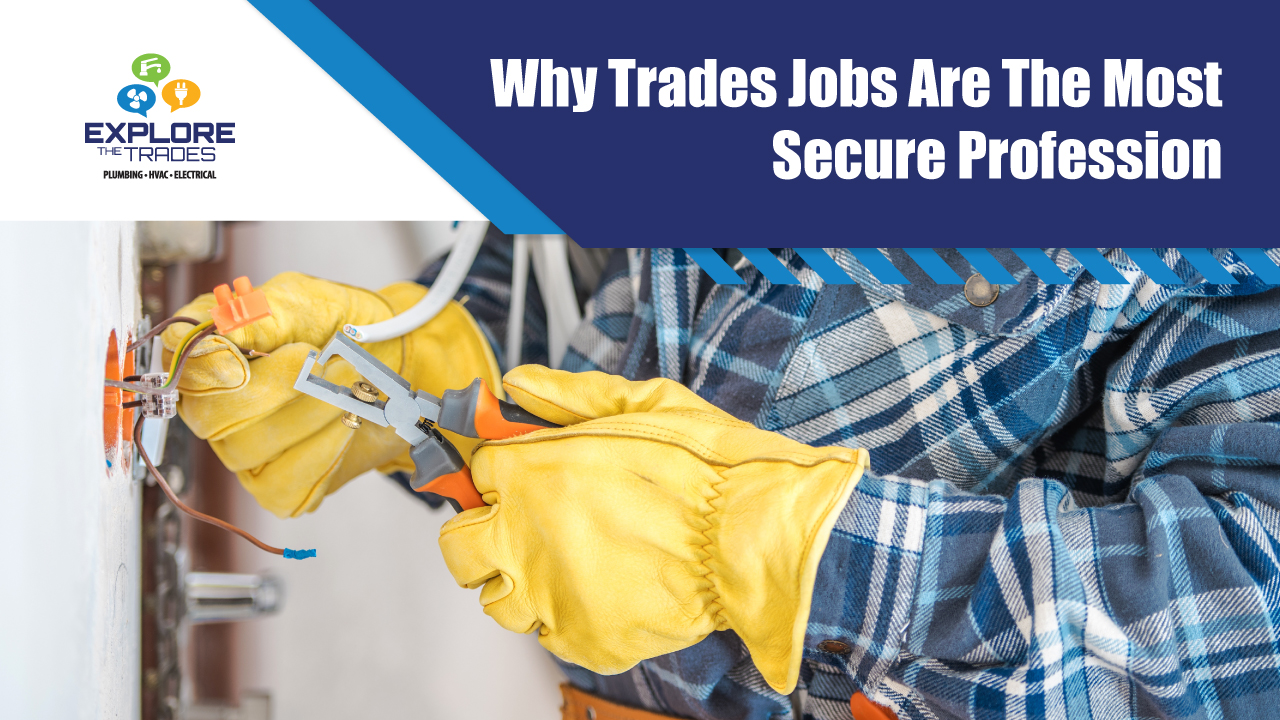 There are few jobs that offer more security than those in the trades. The trades offer high-demand, sustainable, and fulfilling work that has been proven to beat recessions and market downturns. Here is why the trades are some of the most secure professions out there, and why you should consider bolstering your career by pursuing a trades opportunity.

According to research, salaries for trades workers land above the national average, with workers in some states commanding markedly more. These figures also include trades workers who are just starting their careers; to further put that point in perspective, these are individuals aged 18-22. If someone this age decided to attend a four year university instead, they would be paying up to $60,000 per year to obtain their education during that time. Trades professionals will actually be earning better-than-average pay while their counterparts at universities are setting themselves up for debt-ridden lives. One of the most important kinds of security in life is financial security, and working in the trades provides that in spades from the outset of your career.

Jobs in the Trades Stand the Test of Time

As the economy changes and new technology develops, businesses regularly rise and fall, and their employees are downsized. The trades, however, offer consistent and durable growth due to the robust, lasting demand for qualified trades professionals.

As buildings and their systems get “smarter” and more complex over time, the need for skilled technicians to fix issues that arise and service the systems actually increases substantially. To be sure, economic statistics show that the trades market is incredibly strong.

Most importantly, those who work in the trades experience job security because their work involves solving problems and helping people. Consumer trends come and go, and many new business and tech startups fail due to their inability to catch the whims of the public at the right time. Those who work in the trades don’t have to worry about this. Because the electrical, plumbing, or heating and cooling systems in a building will always be absolutely vital to comfortable living, the skills learned as a trades professional are valuable and meaningful in the real world. By addressing the direct needs of people, trades workers hold some of the most secure jobs on the market.

Build a Secure Career with Explore the Trades

Trades workers experience a fulfilling and stable career that affords them the ability to solve problems, help people, and provide handsomely for their families. If you are considering beginning a career in the trades, or if you are looking for professional resources to surge your trades career forward, turn to Explore The Trades. Our experienced professionals can offer guidance, advice, tools, and connections to help get you where you want to go in your career. Start crafting the career you deserve by connecting with us today: https://explorethetrades.org/.

Would You Relocate for a Job?
View All Blogs
Are You a People Person